Since the founding of our country, the promise of the “American Dream” has been the guiding principle of those who are born here as well as those who come to make the United States their home. But the desire to achieve one’s dreams and the journey to get there are often two significantly different realities. As with many other aspects of our lives, however, the past year brought on by the pandemic has drastically changed the landscape of the workforce and ushered in a new phenomenon that many didn’t anticipate: the “Great Resignation”.

In April through July of this year alone, according to the U.S. Department of Labor, four million people have voluntarily left their jobs. Research studies are indicating that resignations will continue.   Although the restrictions enacted during the pandemic lockdowns in 2020 are now receding, more and more people are leaving their positions. Some workers have accepted furloughs from their employers, while many simply decided to quit their jobs. Others have even gone a step further and are actively pursuing new careers in different industries or started their own business. In a time of economic uncertainty unlike any other, many have questions as to why this movement is occurring. But the answer may be much simpler than originally expected.

The pandemic has changed the mindsets of millions of Americans in a multitude of ways, including how they previously viewed their work and careers. “Work-life balance” is a concept that may have been understood in theory; but after a year of new responsibilities, work overload causing burnout and stress, altered schedules, holds on promotions, frozen merit increases, and remote work, many Americans have a newfound understanding and a palpable craving for the flexibility that they have experienced as a result of COVID-19. Many Americans have changed, and they want their work to change with them rather than the other way around.

The dilemma that remains includes a large reluctance from employers to adapt to the changing expectations of the workforce, as well as an increasing labor shortage that is occurring as a result. But rather than a “great resignation”, the changes of the last two years have ushered in what should be considered as a mass “reprioritization” of what employees want, not only from their careers and positions but for their personal lives. While the conflicted feelings are understandable, organizational leaders must be willing to listen to their workers’ sentiments and needs and recognize the issues at hand. If leaders can address these current concerns with compassion and empathy and be willing and open-minded to compromise with their employees, they can lead the way to a new era in the workforce that accommodates life instead of overtaking it.

Offer work flexibility. Allow your people time to play and connect with one another. At Nahteava, meetings start with multiple dad jokes and everyone joins in. The worse they are, the better. Doing this gets everyone laughing and relaxed. There is also virtual water-cooler time. Uber Eats meals are sent to employees and everyone eats their lunch and shares their free time together (virtually) on Microsoft Teams, catching up on their lives outside of work. Meetings can even include competitive games or music trivia.

If you want to keep your people, you have to show them you care and convince them that your grass is greener than the other side. 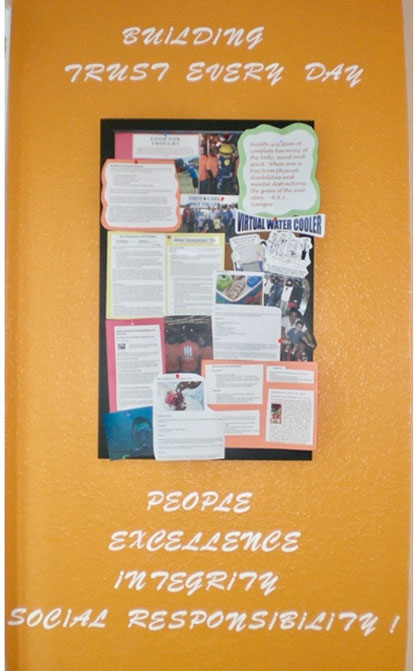